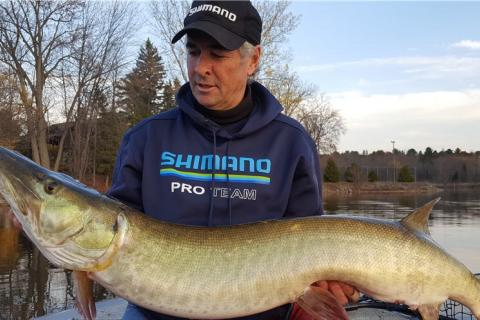 The figure eight is a fishing technique used by muskie anglers. This retrieve maneuver is nothing new in the muskie world, yet few anglers have truly mastered this incredible retrieve technique. When done correctly, it can be super effective because it was developed due to the nature of the muskie's hunting style.

According to John Anderson, owner/operator of Ottawa River Musky Factory, doing a figure-8 fishing maneuver at the end of every cast is one of the easiest ways to catch more muskies.

“We catch 150 to 200 muskies every year and 35 to 40 percent of those we catch at our feet at the side of the boat,” Anderson said. “And, if you don’t figure-8, you’re going to miss out on one of the most exciting moments in freshwater fishing. There is nothing that’s more insane and more out of control than having a 50-inch fish come in, turn two circles on your bait, and crush your lure at your feet.”

Watch Video: Fundamentals of the "Figure 8" - The Next Bite

Got your attention? Hope so. Here’s a crash course on how to figure-8 for muskie. 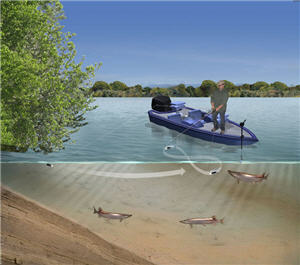 A figure-8 is a series of boat-side rod maneuvers intended to make a lure look like prey trying to escape and, in turn, trigger a strike from a following musky. While some anglers only figure-8 when they see a muskie, Anderson recommends doing this after every cast because sometimes you just don’t see a big fish following the bait.

Extra Tip: A variation of a figure-8 is a figure-O. The only difference between the two is whether an angler traces the shape of an eight or an “O” in the water.

The following steps are how Anderson transitions from a casting retrieve into a figure-8 or figure-O.

“A lot of the best anglers that I’ve fished with figure-8 or figure-O longer than everyone else,” Anderson said. “Amazingly the longer you go with a figure-8, especially in tough conditions, the more effective it can be.”

Extra Tip: Anderson uses 12- to 14-inch fluorocarbon leaders between 150- and 200-pound test tied to 80- to 100-pound PowerPro Braid Spectra fishing line when casting. He uses this length of leader so the lure action is maximized while closely following the rod tip.

When a muskie strikes, set the hook towards the fish’s tail or to the side. Move the rod horizontally. Do not pull the rod up.

“Keep that rod tip in the water,” Anderson said. “Do not let that fish’s head out of the water because the first thing he’s going to do is open his mouth and shake like a pit bull on a dog bone, and if that mouth is open you risk losing that fish.”

After setting the hook, Anderson loosens his cinched-down drag. He’s aiming to have the fish take three to six feet of line away from the boat.

“It’s about controlling the fish at that point,” Anderson said. “Your fight is more about leading that fish. Not letting it jump, not letting the head up out of the water.”

Try Anderson’s figure-8 tips on your next outing and, with some luck, you might experience one of the greatest thrills in freshwater angling courtesy of the fish of 1000 casts.

Fishing Tip - Video Fundamentals of the "Figure 8" - The Next Bite

3 Pros Pick the Best Ice Fishing Line for You

History and Tips on Creature Fishing For Muskie

Quiz: Are You Ready to Catch the Biggest Muskie of Your Life?