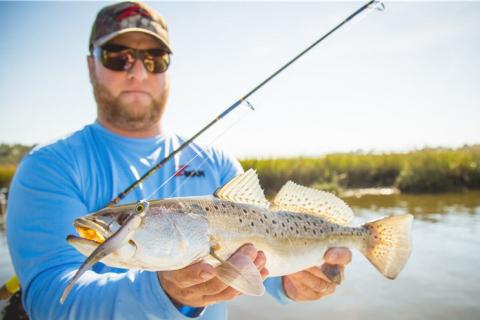 Sitka and Seward, Alaska, are both competing for a place on the “Best Places for Fishermen” list. But so are Nootka Sound in British Columbia and God’s Lake in Manitoba. These distant destinations all have one thing in common—bucket-list fishing.

Head to Louisiana, a Place With so Much Fishing Variety 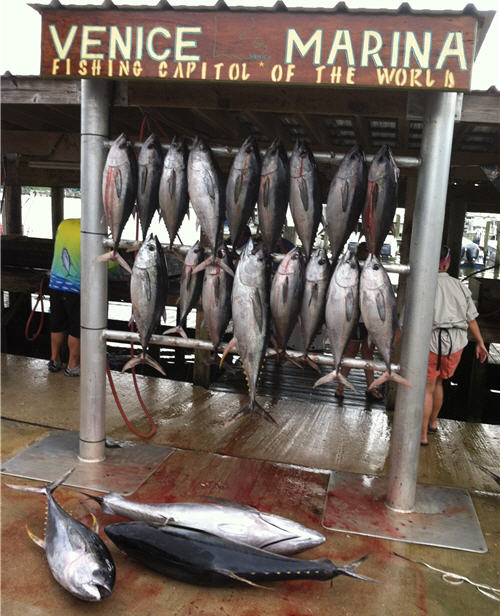 But for easy access to an equally spectacular fishery, few places surpass Venice, Louisiana, a place known as the "Fishing Capitol of the World".

It’s a gumbo pot of redfish and speckled trout as well as a number of other species that inhabit inshore and near-shore Gulf of Mexico.

The Venice area literally is the end of the road along the Mississippi River, Louisiana’s jump-off spot to the Gulf. It’s also a homeport for the oil industry.

What makes Venice special for anglers is that it gives anglers access to the marshes that line the Gulf coast.  It’s also a shortcut to offshore fishing for blue-water species like tuna and swordfish.  There is so much angling variety, that it can be difficult to pick one.

Ah, but the redfish…these members of the drum family are brutal fighters with a hard strike that’s often compared to an electric shock or a slap in the face.  The runs are strong, and redfish don’t give up. But on top of the fight, redfish are superb table fare, and blackened redfish is a Cajun staple.

Redfish are creatures of the marsh. The shallow waters of the myriad bays, canals, ponds and trails cut through the roseau cane are home to redfish, and especially to schools of smaller ones—say five to eight pounds-- that help fishermen fill out limits.

The marsh along the mouth of the Mississippi is a wondrous place. It’s open to the Gulf, so the water is a blend of salt and fresh, and the mixture varies with the flow of the river, the tide, storms-- all the forces of nature that shape the delta.

The roseau cane handles the changes, though, and it’s a home to the crabs, shrimp and mullet that provide sustenance for the redfish and trout.  And that is why the fish are there—the marsh is a buffet.

The Fishing Gear You'll Want to Take With You

Fishing the marsh, though, can be a challenge, not that the fishing is, but rather that finding one’s way through the canals and bays can be difficult for the visitor. A good GPS unit is a must, as are current maps of the area. The cane tends to hide all landmarks as a rule.

The fun thing about redfish is that you don’t need heavy fishing gear. They hit hard and slug it out all the way to the boat. But still, most bass tackle is a good match.  A medium-heavy casting rod with a good-quality fishing reel is adequate for most everything.

If I had to choose one fishing line to use, I’d pick a quality 30-pound braid. The thin diameter works well for long casts, and the strength will help corral larger fish when they decide to head for blue water or into the thick of the cane.

Going lighter is an option, and spinning tackle works well as does fly fishing gear. It’s more a matter of matching your rod/reel/line combo to the lure or bait you choose to use.

For redfish and speckled trout, often enough mixed together, a jighead and grub is pretty much standard tackle.  Add a 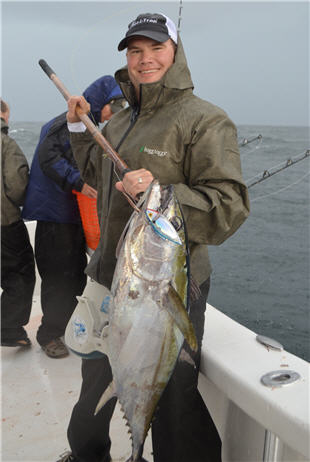 jig spinner, such as you’ll find on Strike King’s Redfish Magic Saltwater bait, and you have the combination that has put more redfish in the boat than live shrimp—or so it would seem.  The combination of flexible spinner arm with a jighead and grub body is a near-perfect lure—the jig spinner helps make the lure nearly weedless, and the action of the tail of the grub and the color of the body combine to pique the fishes’ interest.

Plain grubs work when fished on a jighead or under a popping cork. Here, Berkley’s Gulp Alive fishing baits excel because of their scent. But there are times when more action or sound is needed. A bladed jig, such as Z-Man DieZel ChatterBait, is a great choice for action and color. Thread one of Z-Man’s Diezel MinnowZ on as a trailer.

Tip: if you’re fishing in the marsh, the water is relatively shallow, and a heavy lure will spend more time on the bottom than in a fish. A quarter-ounce jig is pretty close to the ideal weight in most of the backwater areas with heavier weights needed when fishing out toward the jetties. But don’t be afraid to use a one-eighth-ounce jig as long as it has a saltwater-grade hook.

Hard baits have their place in the redfish tackle box. Rat-L-Traps are a favorite when the water is deeper than a few feet; although, they can be fished close to the surface with a fast retrieve. By the same token, topwaters definitely have their place.

Saltwater grade poppers and walking baits work well when the reds are in the bays and oriented toward the surface. The key, here, though, is to make sure the hardware—the split rings and hooks—are heavy enough to withstand the mauling they will get when a big red tries to eat the bait.

Planning the Trip to Fisherman's Paradise

While fishing the marsh and jetties out of Venice seems ideal, there are warnings worth noting. First, the fish are not everywhere. Their movement is dictated by seasonal and environmental factors, and, let’s face it, by the whim of the fish gods.

Tip: For an angler new to the area, it’s a good idea to hire a fishing guide for a day or two with an eye to finding general areas to fish.

A guide can also show you areas where you can’t fish. Some water is private and closed to trespass, even if it is tidal. There also are areas where sand bars keep out any but the shallowest-running boats. And then there is the fact that the marsh is nothing but a maze, and there is the very real chance of becoming disoriented. As noted before, a good GPS system is a must, and a backup for that is an excellent idea.

And for a first-time visitor, it’s not a bad idea to tag on an extra day or two for a tuna trip. The blue-water fishing is stellar, weather allowing. There are blackfin and yellowfin tuna a boat ride away, and swordfish also.

With all this going for it, Venice indeed is a fisherman’s paradise, and one that’s in easy driving distance for most people.

Kayakers, Are You Being Practical About Cold Weather Fishing?

Keith Jackson has been writing outdoor tales for over 35 years with a focus on fishing, travel and hunting.  His adventures have taken him from Alaska to Florida and from Mexico to Finland. Currently residing in west-central Missouri, Jackson is a born West Coaster who cut his teeth fishing for salmon and trout but now appreciates the challenges of bass, walleyes and panfish